The ATO has cautioned taxpayers against arrangements that seek to minimise tax by creating artificial differences between the taxable net income and distributable income of closely held trusts. Deputy Commissioner Michael Cranston said the ATO is investigating arrangements where trustees are engineering a reduction in trust income to allow taxpayers to improperly gain favourable tax breaks, or sometimes to pay no tax at all.

Although he noted that many people use trust structures appropriately and within the law, Mr Cranston said the ATO has seen some trustees exploit the differences between trust net income and distributable income to have the net income assessed to individuals and businesses that pay little or no tax, and allow others to enjoy the economic benefits of the net income tax-free.

TIP: The ATO has identified problematic arrangements through the Trusts Taskforce’s ongoing monitoring and reviews, and will continue to look for similar arrangements using sophisticated analytics. Please contact our office for further information.

The ATO has issued a Practical Compliance Guideline which sets out the Tax Commissioner’s compliance approach, in the context of GST, to entities that enter into countertrade transactions as part of carrying on their enterprise. “Countertrade” refers to the direct exchange of things by one entity for things provided by another entity, and does not include transactions where any of the consideration is monetary.

Each entity to a countertrade makes a supply and an acquisition. The Commissioner is aware of various practical problems in the context of these transactions and notes that the compliance and administrative costs may be unnecessarily burdensome where such transactions have no net revenue effect. Accordingly, the Guideline seeks to apply a practical compliance approach for certain countertrade transactions that are GST-neutral.

TIP: The Practical Compliance Guideline is only applicable in relation to GST – not for any other purpose or in relation to any other tax obligations and entitlements. It also only applies in specified circumstances, including where the countertrade transactions account for no more than approximately 10% of the entity’s total number of supplies.

Companies held to be resident and liable to tax in Australia

In a long-running saga, the High Court has unanimously dismissed the appeals of four corporate taxpayers. The Court confirmed the taxpayers were Australian residents for income tax purposes, and therefore liable to tax in Australia on the profits they made from share trading activities on the Australian Stock Exchange. In making this decision, the Court rejected the taxpayers’ contention that because Justice Perram had in the first case found that the directors of each taxpayer were resident abroad, and because meetings of those directors were held abroad, then Justice Perram and the Full Federal Court should have held that the central management and control of each company was exercised abroad, and therefore that the companies were not residents of Australia for income tax purposes.

The High Court held that, as a matter of long-established principle, the residence of a company is a question of fact and degree to be answered according to where the company’s central management and control actually occurs. Moreover, the Court emphasised the answer was to be determined by reference to the course of the company’s business and trading, rather than by reference to the documents establishing its formal structure and other procedural matters.

The High Court further held that the fact the boards of directors of the companies were located in overseas countries was insufficient to locate the companies as “foreign residents” in circumstances where (as found in the first case) the boards of directors had abrogated their decision-making in favour of a Sydney-based accountant, and only met to mechanically implement or rubber-stamp decisions that he made in Australia.

Payment was assessable as “deferred compensation”

The High Court has unanimously dismissed a taxpayer’s appeal and held that payments of US$160 million made to him pursuant to an incentive “profit participation plan” after termination of his employment was income according to ordinary concepts. In particular, the Court found that the payments were “deferred compensation” for the services the taxpayer performed in his employment. At the same time, the Court dismissed the taxpayer’s claim that the amount was assessable as a capital gain on the basis that it did not represent the proceeds for the future right to receive a proportion of company profits he was entitled to.

The ATO has advised that it will continue with the following data-matching programs.

Data about share transactions will be acquired for the period 20 September 1985 to 30 June 2018 from various sources, including stock transfer companies. The ATO will collect full names and addresses, purchase and sale details, and other information. The program aims to ensure that taxpayers are correctly meeting their tax obligations in relation to share transactions. It is estimated that records relating to 3.3 million individuals will be matched.

Data about credit and debit card transactions will be acquired for the 2015–2016 and 2016–2017 financial years from various financial institutions. The ATO will collect details (such as name, address and contact information) of merchants with a credit and debit card merchant facility and the amount and quantity of the transactions processed. The program seeks to identify businesses that may not be meeting their tax obligations. It is estimated that around 950,000 records will be obtained, including 90,000 matched to individuals.

Data will be acquired relating to registrants who sold goods and services to an annual value of $12,000 or more during the 2015–2016, 2016–2017 and 2017–2018 financial years. The ATO said data will be sought from eBay Australia and New Zealand Pty Ltd. The data will be used to identify those apparently operating a business but failing to meet their registration and/or lodgment obligations. It is estimated that between 20,000 and 30,000 records will be obtained.

The Administrative Appeals Tribunal (AAT) has recently refused the applications of two individuals who sought to be released from their tax debts under the tax law.

An individual suffering from Parkinson’s disease had received income protection policy payments and sought to be relieved from the related tax debts, which totalled $130,416. He said he was unable to dispose of his home or an investment property to pay the debts, as there were mortgages over the properties in favour of his wife. The individual also argued that selling the properties would compound his illness and make it more difficult to meet his living needs. Although the AAT accepted that serious illness was a consideration, after reviewing the circumstances it held that the taxpayer would not suffer serious hardship if he was required to pay his tax liability. The AAT said the taxpayer did not make proper provisions to meet his tax liabilities and preferred to pay his other debts. Accordingly, relief was not granted.

A Sunshine Coast real estate agent sought to be relieved from his tax debts, which totalled $437,681 as at 11 August 2016. He argued he had an outstanding compliance history and that his circumstances were the result of a catastrophic financial event in 2005, among other things. The Commissioner pointed to the taxpayer’s “unusually high level of discretionary spending, including on holidays, dining out and entertainment, which could be reduced”. The AAT said the taxpayer had a “poor compliance history” and agreed with the Commissioner’s description of his discretionary spending. The AAT was of the view that the taxpayer “simply gave priority to other matters and ignored his tax obligations”. The AAT accordingly refused the application for relief.

With Christmas around the corner, many businesses are embracing the idea of gift giving to clients to stay “Top of Mind” with them. The ATO has made claiming a tax deduction for this easier by TD 2016/14. The determination confirms that a taxpayer carrying on business is generally entitled to a deduction under s. 8-1 of the ITAA 1997 for an outgoing incurred on a gift made to a former or current client, if the gift is made for the purpose of producing  future assessable income. However, the outgoing will not be deductible to the extent it:

The determination also highlights that a deduction will be denied where expenditure on gifts is more accurately described as being “private” in nature (for example, where a gift is provided to a relative outside a business’ usual practice of providing client gifts).  For practical guidance, we have provided the following examples:

Sally is carrying on a renovation business. She gifts a bottle of champagne to a client who had a renovation completed within the preceding 12 months. Sally expects the gift will either generate future business from the client or make them more inclined to refer others to her business. Although Sally got on well with her client, the gift was not made for personal reasons and is not of a private or domestic character. The outgoing Sally incurred for the champagne is not of a capital nature. Sally is entitled to a deduction under s 8-1 of ITAA 1997.

Bernard is carrying on a business of selling garden statues. Bernard sells a statue to his brother for $200. Subsequently, Bernard gifts a bottle of champagne to his brother worth $170. Apart from his transaction, Bernard provides gifts only to clients who have spent over $2,500 during the last year. The gift has been made for personal reasons and is of a private or domestic character. Bernard is not entitled to a deduction under s 8-1 or 40-880 of ITAA 1997. 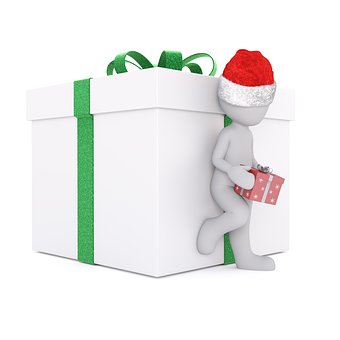 Congratulations to the knp Mo-Lutions team for raising $5,205 to support the Movember foundation.

To all of our supporters, thank you, your generosities have made a big difference with changing the face of men’s health.  Mo on! 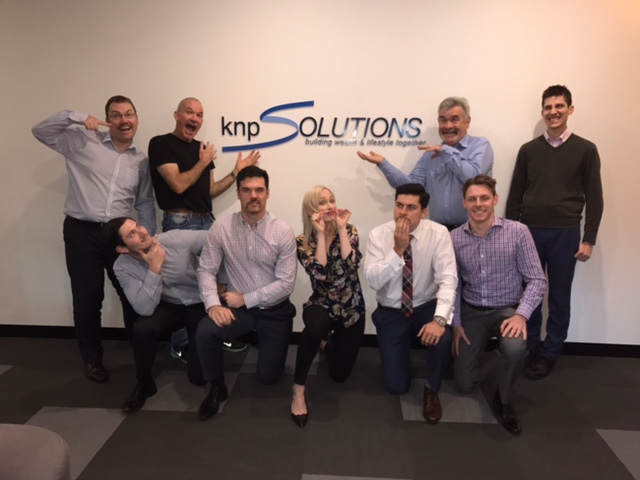 We would like to take this opportunity to thank you for your support this year.

Wishing you and your family a very Merry Christmas and a safe and happy New Year! 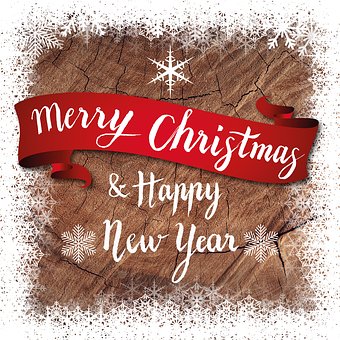