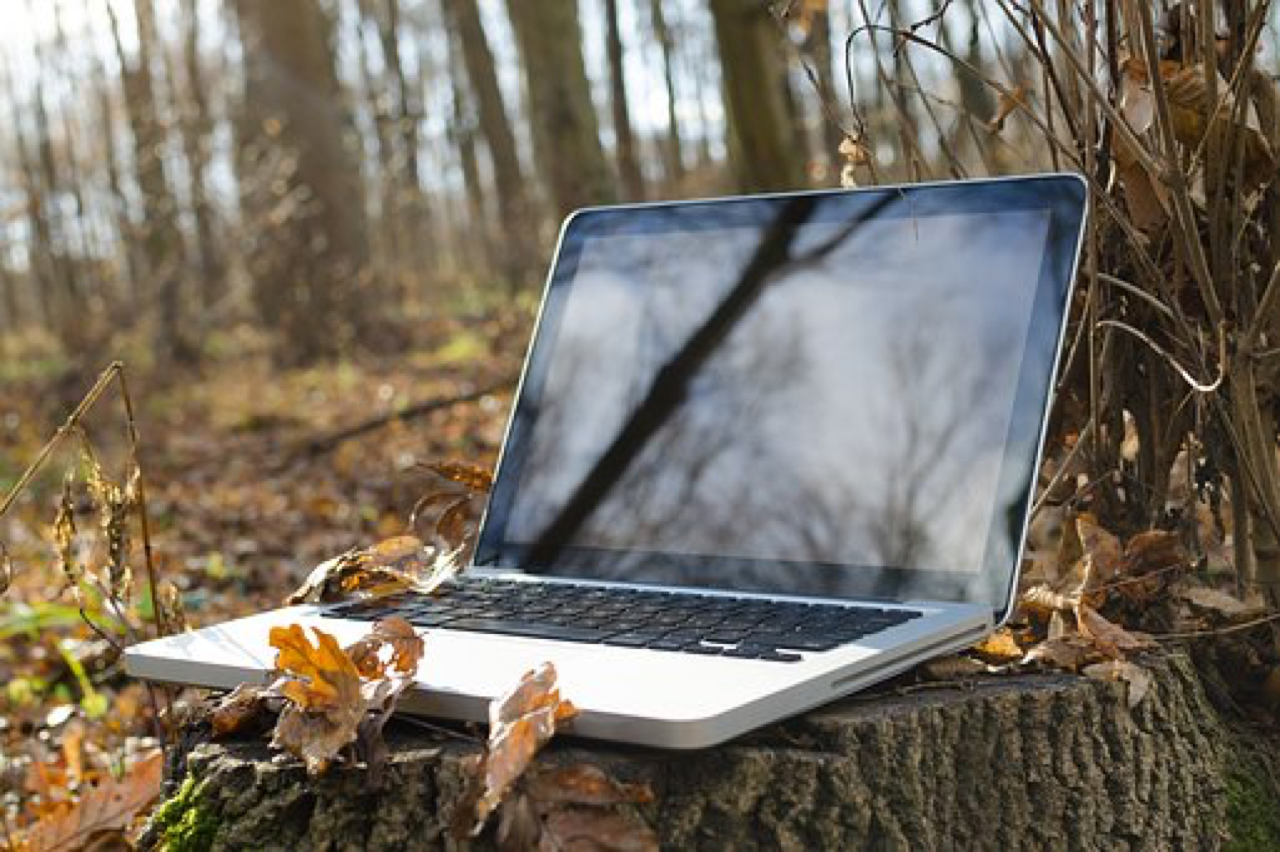 More taxpayers can access the benefits of being an 'SBE'

Note, recent changes to the law have expanded the eligibility criteria for a taxpayer to be considered a ‘Small Business Entity’ (or ‘SBE’), meaning more businesses will be able to utilise the tax concessions that are only available to SBEs.

That is, where the business' ‘aggregated turnover’ (taking into account the turnover of the entity carrying on the business and the turnover of its related parties) is less than $10,000,000, it will be able to access most of the concessions available to SBE taxpayers, including:

–    the lower corporate tax rate of 27.5%;
–    the SBE simplified depreciation rules, including the ability to claim an immediate deduction for assets costing less than $20,000;
–    the simplified trading stock rules;
–    the small business restructure rollover relief;
–    deductions for certain prepaid business expenditure made in the 2017 income year;
–    the simplified method for paying PAYG instalments calculated by the ATO; and
–    the FBT car parking exemption;

Note that the reduction in the SBE company tax rate to 27.5% for the 2017 income year was accompanied by a limitation on the maximum rate that such companies can frank their dividends also to 27.5%.  Consequently, if an SBE company fully franked a distribution before the law changed on 19 May 2017, the amount of the franking credit on the distribution statement provided to shareholders may be incorrect (if the franked distribution was based on the 30% company tax rate).

The ATO has set out a practical compliance approach for such companies to recognise the change and to notify their shareholders.  Please contact us if you would like more information about this.

Who is assessed on interest on bank accounts?

As a general proposition, for income tax purposes, interest income on a bank account is assessable to the account holders in proportion to their beneficial ownership of the money in the account.

The ATO will assume, unless there is evidence to the contrary, that joint account holders beneficially own the money in equal shares.

However, this is a rebuttable presumption, if there is evidence to show that joint account holders hold money in the account on trust for other persons.

Adrian does not have any beneficial ownership of the money in the account and is therefore not assessable on the interest income.

In relation to bank accounts operated by a parent on behalf of a child, where the child beneficially owns the money in the account, the parent can show the interest in a tax return lodged for the child, and the lodgement of a trust return will not be necessary.

Raymond, aged 14, has accumulated $7,000 over the years from birthdays and other special occasions.  Raymond's mother has placed the money into a bank account in his name, which she operates on his behalf, but she does not use the money in the account for herself or others.

Raymond earns $490 in interest during an income year and, since he has beneficial ownership of the money in the account, he is therefore assessable on all of the interest income.

However, as Raymond is under 18 years of age, he will be subject to the higher rates of tax that can apply to children.  If Raymond shows the interest in his tax return for that income year, his mother will not need to lodge a trust tax return.

The ATO has advised that, in the lead up to tax time, it's important to be aware of what taxpayers share on social media.
Note that scammers may also try to impersonate a tax agent (or their practice) and try to trick recipients into providing personal information or to release funds.

The ATO recommends that all taxpayers:

Call our office if you think you've received a suspicious e-mail claiming to be from us or the ATO.

Maximise your superannuation - contribute before the June 30 deadline 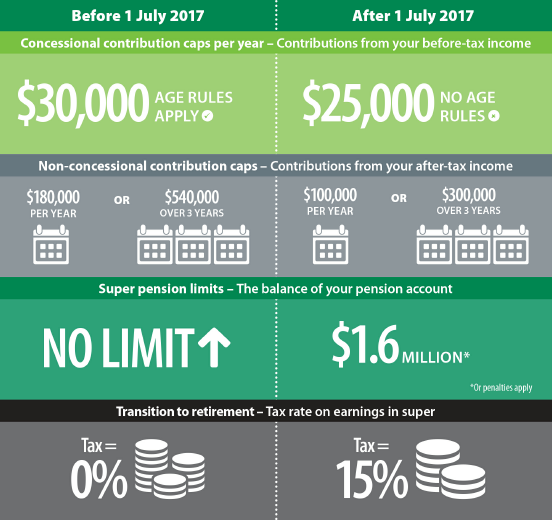 Tax saving strategies prior to 1 July 2017

A good strategy to reduce tax payable is normally to accelerate any income tax deductions into the current income year, which will reduce overall taxable income in the current year.

The tax rates for resident (adult) individual taxpayers for the 2016/17 income year are as follows:

Common claims made by individuals

The following outlines common types of deductible expenses claimed by individual taxpayers, such as employees and rental property owners, plus some strategies that can be adopted to increase deductions for the 2016/17 income year.

Some purchases you may consider include:

3. Self education expenses
Consider prepaying the following self education items before the end of the income year:

Also bring forward purchases of stationery and text books (i.e., those which are not required to be depreciated).

4. Other work-related expenses
Employees can prepay any of the following expenses prior to 1 July 2017:

Note: When prepaying any of the expenses above before 1 July 2017, ensure that any services being paid for are to be provided within a 12 month period that ends before 1 July 2018.  Otherwise, the deductions must generally be claimed proportionately over the period of the prepayment.

We will need you to bring information to assist us in preparing your income tax return.

Please check the following and bring along payment summaries, statements, accounts, receipts, etc., to help us prepare your return.

Expenses/Deductions (in addition to those mentioned above):

Many of our business clients like to review their tax position at the end of the income year and evaluate any year-end strategies that may be available to legitimately reduce their tax.   Traditionally, year-end tax planning for small businesses is based around two simple concepts – i.e., accelerating business deductions and deferring income.

However, Small Business Entities ('SBEs') have greater access to year-end tax planning due to particular concessions that only apply to them (the SBE system replaced the previous Simplified Tax System ('STS') on 1 July 2007).  Taxpayers that qualify as an SBE can generally pick and choose which of the concessions they wish to use each year (although see below regarding the simplified depreciation rules).  The basic requirement to be eligible for most of the SBE concessions for the year ending 30 June 2017 is that the business taxpayer's annual turnover (including that of some related entities) is less than $10 million.

The following are a number of areas that may be considered for all business taxpayers.

Maximising deductions for non-SBE taxpayers
Non-SBE business taxpayers should endeavour to maximise deductions by adopting one or more of the following strategies:

Note:  Prepayments can be a little confusing, so before you commit to making a payment please feel free to call us with any queries or assistance if required.

Checklist
The following may act as a checklist of possible accelerated expenditure:

Accrued expenditure – non-SBE
Non-SBE taxpayers (and some SBE taxpayers) are entitled to a deduction for expenses incurred as at 30 June 2017, even if they have not yet been paid.

The following expenses may be accrued:

Deductions can be maximised for SBE business taxpayers by accelerating expenditure and prepaying deductible business expenses.  Former STS taxpayers who have continued to use the STS cash method since before 1 July 2005 cannot accrue expenses, but other SBE taxpayers on an accruals basis can accrue expenses (see above regarding accruing expenditure).

All SBE taxpayers can choose to write-off depreciable assets costing less than $20,000 in the year of purchase*.  Also, assets costing $20,000 or more are allocated to an SBE general pool and depreciated at 15% (which is half the full rate of 30%) in their first year.  Therefore, where appropriate, SBE business taxpayers should consider purchasing/installing these items by 30 June 2017.

It should be noted that SBE taxpayers choosing to use the SBE depreciation rules are effectively 'locked in' to using those rules for all of their depreciable assets.

Further note, former STS taxpayers who have continued to use the STS cash method since before 1 July 2005 and who qualify as an SBE are generally only entitled to deductions if they have paid the amount by 30 June.

The kinds of expenses that may be prepaid include:

Information Required
This is some of the information we will need you to bring to help us prepare your income tax return: