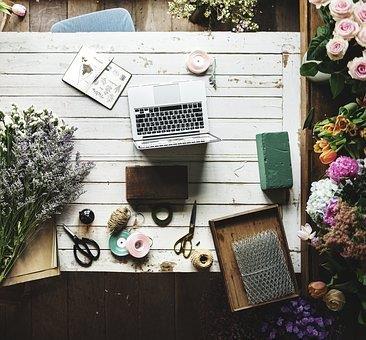 Reportedly, due to a high number of mistakes, errors and questionable claims for home office expenses, the ATO has recently advised that it will be increasing attention, scrutiny and education on these claims this tax time.

In particular, the ATO has flagged their concerns relating to taxpayers who are claiming:

Whilst additional costs incurred as a direct result of working from home can be claimed, care must be taken not to claim private expenses as well.

The ATO has indicated that one of the biggest issues they face is people claiming the entire amount of expenses (e.g., their internet or mobile phone), rather than just the extra portion relating to work.

Provided the taxpayer is able to demonstrate that they have incurred additional costs of running expenses (e.g., electricity for heating, cooling and lighting), then these are generally deductible.

Taxpayers are warned that the ATO may contact their employers to verify expenses claimed for working from home.

In addition, the ATO expects to disallow a lot of claims where the taxpayer has not kept adequate records to prove that they have legitimately incurred the relevant expense and that the expense was related to their work.

As with the claiming of deductions in general, supporting records must be kept when claiming work-from-home expenses, which may include receipts, diary entries and itemised phone bills.

Importantly, only the additional work-related portion of the relevant expense is deductible.

Advancement in technology has allowed the ATO to deploy sophisticated systems and analytics to spot claims that do not ‘add up’ and claims that are out of the ordinary compared to others in similar occupations, earning similar income.

Finally, the ATO has reminded taxpayers of the ‘three golden rules’ to follow when claiming work-from-home deductions, being:

As part of the next phase of its drought assistance policy (which includes various other measures), the Government announced that farmers will be able to immediately deduct the cost of fodder storage assets.

Previously, these types of assets (such as silos and hay sheds used to store grain and other animal feed storage) were required to be depreciated over three years.

This measure is designed to make it easier for farmers to invest in more infrastructure to stockpile fodder during the drought.

This measure is available for fodder storage assets first used, or installed ready for use, from 19 August 2018 (being the date of the announcement) and complements the $20,000 instant write-off already available to small business entities.

Note: The relevant legislation giving effect to this announcement was fast-tracked through Parliament to provide certainty for these drought-stricken farmers, passing both Houses on 20 September 2018.

Legislation has been passed by Parliament to implement the Private Health Insurance (‘PHI’) reforms announced by the Government in October 2017.

The measures are designed to simplify PHI and make it more affordable for consumers by improving the value of PHI either in the form of lower premiums and/or improved cover for certain benefits.

Of particular interest from a tax perspective is the increase in the maximum voluntary excess levels for products providing individuals with an exemption from the Medicare levy surcharge.

The increased levels of voluntary excesses that insurers can apply are:

These increases will apply from the 2019 income year, with private health insurers permitted to offer products with the new higher excesses from 1 April 2019.

Note: This is a positive change, as the excess levels have not changed since 2000.  Whilst there is no requirement for consumers to move to products with higher excesses, it is expected that more affordable PHI will encourage more people to take out cover.

The Government has announced a package of reforms to tackle illegal phoenix behaviour.

By way of background, phoenixing occurs when the controllers of a company strip the company's assets and transfer them to another company, to avoid paying the original company's debts.

The proposed measures will deter and disrupt the core behaviours of phoenix operators by:

A new Phoenix Hotline is also being established, which will make it easier to report suspected phoenix behaviour.

Note: According to the Government, the proposed measures are tightly targeted at those who misuse the corporate form, while minimising any unintended impacts on legitimate business restructuring.  Whether they will be able to achieve this goal or not is yet to be seen.

The car limit is $57,581 for the 2018/19 income year (unchanged from the previous year).  This amount limits depreciation deductions and GST input tax credits.

Note: Single Touch Payroll (STP) officially commenced for larger employers on 1 July 2018, and the ATO has provided some further guidance for affected entities.

The ATO is writing to employers who started reporting through STP before 1 July 2018, providing them with information about how their employees' payment summary for 2017/18 may change with STP, including the following:

Note: The ATO has also recognised that some employers may not have been ready to start STP reporting from 1 July 2018, and these employers (or their tax agent) may be able to apply for a deferral.

For example, employers that live in an area where there is no internet connection, or where the connection or service is intermittent or unstable, can apply for a deferral or even (in very limited circumstances) an exemption.

The ATO has become aware of people in some suburban areas of major cities attempting to encourage others to illegally access their super early (generally for a fee) to help them to purchase a car, to pay debts, to take a holiday, or to provide money to family overseas in need.

The ATO advises that anyone approached by someone telling them that they can access their super early, or anyone hearing about it from family, friends or work colleagues:

Note: With interest in cryptocurrencies (such as Bitcoin) increasing, the ATO has issued guidance regarding various tax consequences of transactions involving cryptocurrencies.

If the disposal is part of a business the taxpayer carries on, the profits made on disposal will be assessable as ordinary income and not as a capital gain.

Note: The ATO has also provided guidance regarding the tax consequences of the loss or theft of cryptocurrency, as well as of 'chain splits'.

Division 7A benchmark interest rate for 2019

The benchmark interest rate for 2019, for the purposes of the deemed dividend provisions of Division 7A and the associated complying Division 7A loan agreements, has been set at 5.20% (i.e., down from 5.30% for 2018).

Two of these key recommendations are outlined below.

The Government is currently considering removing tax deductions where businesses fail to comply with their PAYG withholding obligations for payments to employees and contractors from 1 July 2019.

Specifically, deductions are proposed to be denied for these types of payments where the payer has failed to either:

Interestingly, deductions will only be denied if no withholding took place or no notification has been made.

That is, incorrect amounts withheld or reported to the ATO will not impact a taxpayer’s entitlement to deductions.

The taxable payments annual report is due by 28 August each year.

Legislation is currently being considered by Parliament to extend the TPRS to the cleaning and courier industries from the 2019 income year.

Furthermore, draft legislation has now been released to further expand the TPRS to the following industries from the 2020 income year:

In the lead up to our boards Strategic Planning exercise, knp sought input from our staff and clients about what was important to them, what we are good at and where we need to improve.  Please click here to see the full results.  knp would like to thank our staff and clients for their participation.

On September 27, knp held our annual footy colours day.  From donations given by knp staff, we managed to raise $585.00.  Thank you to those who donated to this great cause – Show Your True Colours for kids with cancer.

On October 8, knp were lucky to have a visit from Richard De Crespigny.  Richard is well regarded for his approach on team work, decision making & crises management. Richard is also well known for his following achievements:

Richard recently published his second book, In Fly!  This book shares the insights and techniques Richard built up over decades in the high-pressure world of military and civilian aviation. Covering leadership, teamwork, risk-assessment, decision-making, crisis management, lifelong resilience and more. It’s a book whose wisdom can be applied to challenges and opportunities in the workplace as well as to life. Including exclusive insights from fellow hero pilot Sully Sullenberger, astronaut Neil Armstrong, NASA’s Gene Kranz and others who have, like Richard, succeeded under intense pressure, Fly! will enable everybody to perform at their best and to succeed in any situation. 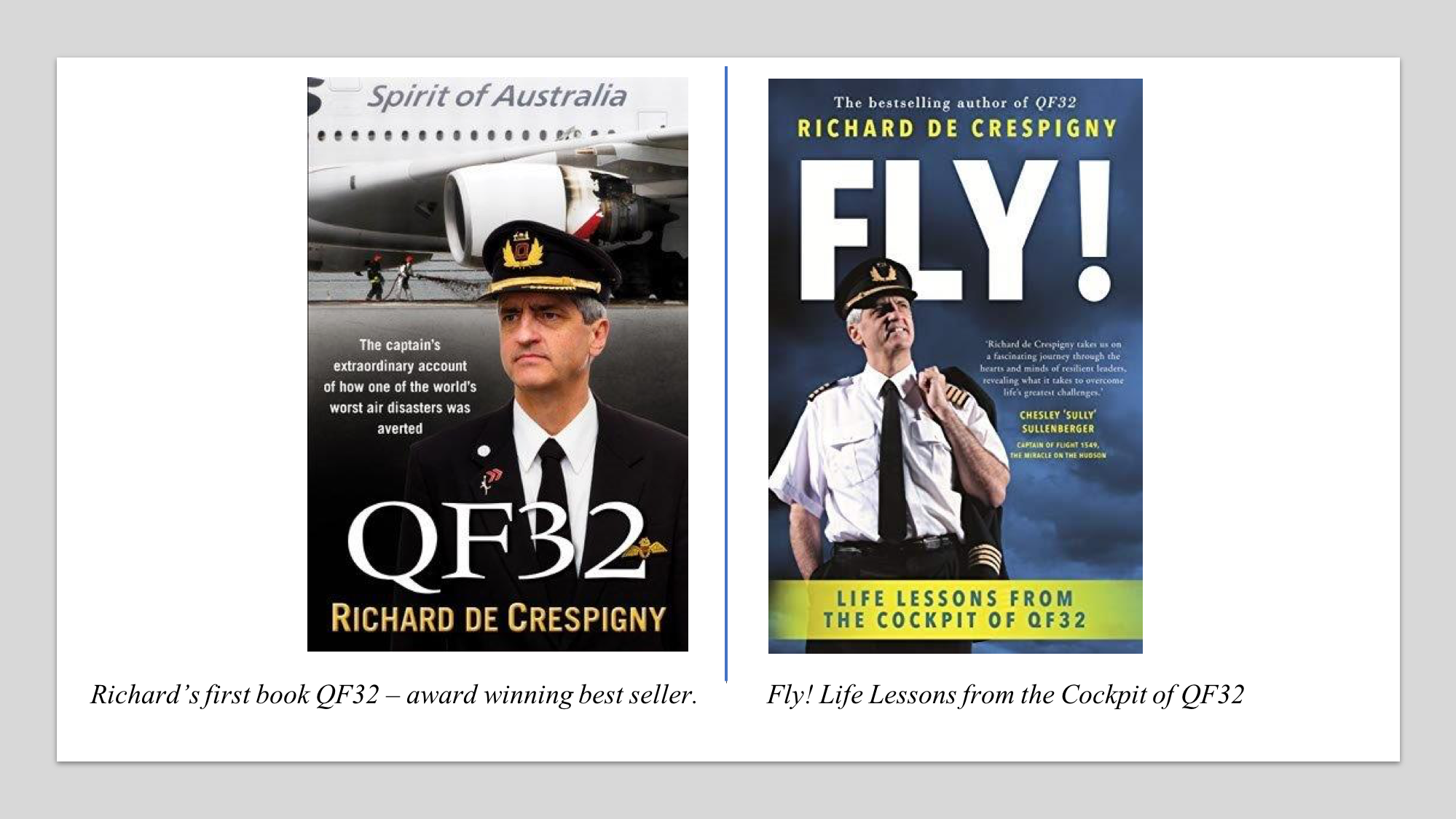 It is with deepest regret that we advise that Michelle Bud, the daughter of founding partner, Joe Krampel, passed away on Friday 12th October 2018 aged 48 from complications associated with cancer. Michelle was a vibrant self-motivated and energetic young woman who after a working at knp heading our company secretarial division went back to university to obtain her nursing degree, dedicating herself to those in need.  Michelle is survived by her loving husband Ben and their three children.

The directors & staff pass on their condolences to Joe, Marcia, Ben and all their family and wish them all, “long life!”